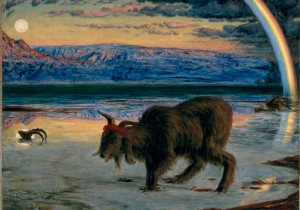 A rehearsed reading of the first act of a new play, March 2010.

Prior to the reading there was a talk given by Mira Meshulam, who lives in the house in Jerusalem that was built and lived in by Hunt.

Held at the Manchester Art Gallery, March 13th 2010, and the London event on March 15th was in the Mapalim parlour space at 181-185 Queen’s Crescent, London NW5 4DS. The Manchester event wcost £5/£3.50 concessions. The London event was free with donations kindly requested.

Presentation of ‘ The Scapegoat’ to date;